The usage of Military Time is prevalent in most of the world, and is used in certain applications even in countries where the majority of the populace uses a 12 hour clock.

12 hour time keeping utilizes a cycle of 12 hours that repeats twice in each day, once in the day and once in the night.

There is usually, depending on the organization being considered, a set or standardized number of digits in the time. It ranges from 00:00 to 00:00:00. 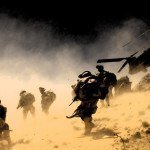 Generally, there are always two digits in each time unit, whether it is the hour, minute, or second. This is because the use of a leading 0 adds to the clarity as to what time is referred to in Military Time. The difference between 2:00 and 20:00 can be hard to tell at a glance, so 02:00 is better for distinguishing between 02:00 and 20:00. After all, the point of Military Time is clarity.

The usage of Military Time is standard in several pursuits. This is likely because of the clarity that Military Time offers. The possibility of a mistake as to which iteration of a given hour is occurring in the 12 hour system would create an unnecessary source of errors.

However, if the organization has adopted as standard a system of Military Time, this particular error is eliminated. The militaries of all countries have obvious interest in reducing the potential sources of errors in as many ways as possible.

The medical profession is another area that can benefit from the use of Military Time as the standardized version of time keeping within a given institution. 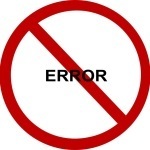 In the timing of the administering of medicines the use of Military Time has obvious advantages. An error as to when a drug should be administered could have fatal consequences. Because of this some hospitals have made use of Military Time in some ways. Military time is also standard among those who live and work in polar environments. The sun being up for long periods of time, and being absent for long periods of time can lead to errors as to which time it is in a 12 hour time system.

Thus, using the Military Time system as standard has many advantages, particularly for those people in professions that require a high degree of sensitivity as to exactly what time it is.