Most of us know, or at least have heard of the military alphabet in some way. We hear it being used in war and actions movies, video games, and even in comic books and novels. But most people have no idea why it is used, how or why it was formed, or why it has become one of the most effective forms of tactical radio communication – not only in the U.S. – but also across the globe.

In this post, we will discuss more regarding the military phonetic alphabet and its history, and we’ll delve into its components, purpose, and why the specific characters were chosen.

Before we go into greater detail, here’s a quick table to reference each letter and the corresponding code: 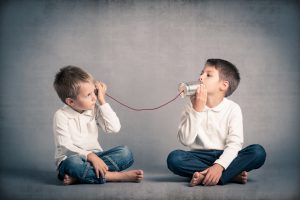 A History of the Military Alphabet: The ICAO Phonetic Alphabet

Long before the modern military alphabet was created, the ITU (International Telecommunication Union) had created the first spelling alphabet to be internationally recognized. This was called the ITU Radiotelephonic or Phonetic Alphabet, and it was adopted by the ITU in 1927.

Several changes were made to the original version of the spelling alphabet in 1932. The new and improved version was then adopted by the International Commission of Air Navigation and was used for civil aviation purposes until the beginning of WWII. However, it remained in use by the IMO (International Maritime Organization) until 1965.

Before both forces starting using the ICAO phonetic alphabet in 1956, the British and American military agencies had developed their own spelling alphabets.

In 1941, in order to have a comprehensive way for communications between all military branches, the American alphabet eventually became known as Able Baker. These were the first two words for the first two letters of the alphabet, A and B, and it was utilized by all branches of the military.

Soon after in 1943, the British modified their phonetic alphabet to be nearly identical to that of the Americans’ Able Baker.
The Able Baker system continued to be used by ground and aircraft personnel for civil aviation purposes. However, since many of the sounds were unique to the English language, a new version of the alphabet was developed in Latin America called the Ana Brazil alphabet.

Realizing the need for a universal alphabet, the IATA (International Air Transport Association) created a draft alphabet and presented it to the ICAO in 1947. The drafted version contained sounds the were common in Spanish, French, and English.

After further modifications were made by various approving agencies, a revised phonetic alphabet began being used in 1951.

Further studies were conducted that lead to the changing of five words within the alphabet: C, M, N, X, and U. The ICAO created a recording of the new alphabet and sent it to all member states in 1955.

The modified version was initiated in 1956 by the ICAO.

In 1959, the ITU mandated the improved version be used by all military, civilian, and amateur radio operators. This version is the most familiar version of the military alphabet since it is still in use today.

As you have probably noticed, the code words have changed for certain letters over the years.

What is the reasoning for this?

Well, there are two.

First, some languages in various countries do not have the sounds needed to form the words so they can’t be transmitted clearly.

The other reason is because some of the previously used code words sounded similar to other code words that were being used. Eventually, code words were found and selected that resolved both of these issues.

Since the creation of the spelling alphabet, it has undergone several name changes along with character changes. The changes stem from the organization that either created, modified, or utilized the alphabet the most, and they are listed below.

Today, the NATO Alphabet is the most widely accepted and used.

Beyond the NATO Alphabet

There is more to the army alphabet then simply code words for letters. Numbers also had to be clearly communicated, regardless of the quality of the communication connection and surrounding noise pollution.
To ensure that a communication that involved numbers were received and understood correctly, the pronunciations of certain numbers were modified to avoid confusion.

The Need For the NATO Alphabet

When communications have to be sent, received and understood clearly, using the standard alphabet, such as A,B,C,D increased the chances of a message being misunderstood.

For example: If the message being sent was “Rally at grid DM1098”, it could easily be confused for CN1098, EN1098, and many other combinations of like-sounding letters, especially if there is a great deal of noise in the area, such as gunfire or low flying aircraft, or poor communication channels.

However, if the message was transmitted as “Rally at grid Delta-Mike-WUN-ZERO-NINER-AIT”, the chances of the message being confused or misunderstood would be reduced and help to ensure the message was received as it was intended to be received.

Created out of necessity, the military phonetic alphabet has undergone many changes over the past decades. However, it remains as one of the most used forms of voice communications across the globe – especially in various agencies where clear and concise radio and telephone communication is a must.

This internationally recognized and used spelling alphabet can be found in armed forces, civil navigation, maritime operations and law enforcement agencies in hundreds of countries.