Home
More
The Chinese Calendar and its History

What is the Chinese Calendar?

Typically, the first things that come to mind when we think of the Chinese calendar are vivid reds and trails of gold framing jade dragons, oxen, rats, snakes and dogs; vibrant cyclical zodiac calendars in strong, luck-based colors.

It’s an accurate vision – the Chinese zodiac is perhaps the most recognizable aspect of the Han calendar, known today as the Chinese calendar: a lunisolar 12-month calendar with a sexagenary (60-year) cycle. Now, what on Earth is a lunisolar calendar, you may ask? Well, to be concise, it uses the moon (luna in Latin) to determine its months – yet sticks to the sun (sol in Latin) to determine the entirety of a year. As such, a Chinese lunisolar year in the traditional calendar is about 353-355 days and 12 months, with a 383-385 day leap year consisting of an extra month every 3 years.

In reality, the official governmental calendar used in China today is the Gregorian one – the same one most of the world uses, for economic simplicity – but the Han calendar is one that, as the name suggests, traces back hundreds of years to the Han dynasty, and is still used by households for civil purposes such as weddings. However, it isn’t uncommon to find the two hanging alongside one another on the wall of a Chinese household.

How did the Chinese Calendar come to be? 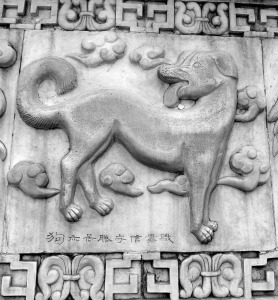 The modern Chinese calendar traces back to the Han dynasty, which is commonly touted as the golden era of Chinese history and the origin for much of its calligraphy, culture, and people (in fact, the largest Chinese ethnic group recognizes itself as the Han people), having lasted over 4 centuries, starting around 206 BC.

But, the Chinese possessed a calendar long before then. Always quite obsessed with astrology, their first calendar traces back to the Xia dynasty, which began nearly 4,000 years ago.

Back then, they used a 10-month calendar with 36 days each, as calculated through observation of the night sky – but also observations made of nature, and animals. There is confusion in what exactly the names and symbolism of the ten months and days were, although it’s generally accepted that the summer solstice fell on the 5th month, the winter solstice on the tenth, and that the year had five seasons – spring, summer, growing, autumn (or harvest), and winter, with each season lasting about 2 months.

It didn’t take long, however, for them to make the switch to a lunisolar 12-month calendar – a system they stuck to ever since.

As time went on, the 12-month calendar became the Han calendar, and eventually grew into a combination of Taoist ideology and ancient astronomy, containing two important components – the ten celestial stems, and the twelve earthly branches.

One thing to note about the celestial stems is the constant duality of yin and yang – dark and light, or man-made vs. natural – and the five elements, another common theme in Taoism. The first in each pair (or element) of celestial stems refers to the natural, occurring aspect of the five elements, whereas the second in each pair refers to an aspect once it’s utilized by us. Originally, the ten stems were used for a 10-day week, and as a system of counting, before taking on Taoist meaning.

The earthly branches, on the other hand, were mnemonics; they’re the more popular aspect of the Chinese zodiac, and they were used to remember the celestial observations of Jupiter over the course of 12 years. These observations were later used to name seasons, tell time by the hour, and as directions (a Chinese equivalent to our North-East-South-West system consisting of 24 directions, beginning North and ending just 15° off of a full circle). 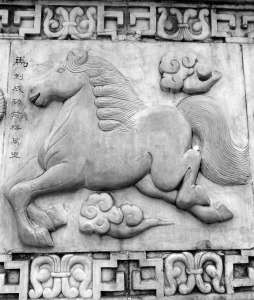 These two separate systems were combined to create a sexagenary cycle – combining alternating aspects of the two until the systems round off. In example, the year 1965, running from the Chinese new year of February 2 to Jan 20, 1966, would’ve been yisi, the year of the Snake and chopped wood. Although the naming is only about 2000 years old, this 60-year cycle is generally thought to have started 2637 BC, since that is the current point of counting. Our current cycle began in 1924, will end after 2043, in the year of the Pig.

Fun fact: In the folklore behind the order of the Chinese zodiac, there was a cameo appearance made by an unincluded animal – the cat! It, alongside the twelve others, were tasked to race to the emperor to determine their order in the zodiac, yet had to pass over a mighty river to do so. The cat and the rat, being the cleverest animals, yet poorest swimmers, took advantage of the kind-yet-slow ox and rode his back to cross the river. Halfway through, the rat betrayed the cat and pushed it off the ox, then leapt onto the other side of the river bank and took first place in victory, highlighting the rat’s cunning. The cat, however, was subsequently shafted and pushed down the river (presumably to Vietnam!). And that’s the Chinese calendar!