Home
More
A History of the Lunar Calendar

What is the Lunar Calendar?

In the past, just as today, measuring time was a vitally important thing. As people got situated, they began to look to the stars, they began to observe – and one of the things they observed is how the moon changes phases.

Based on this, some civilizations created calendars that followed two things – the phases of the moon, and the seasons around them. Lunar phases (or lunations) form what we today call synodic months (the word “month” coming from the Germanic word for moon) – and there are roughly 12 synodic months in a solar year – which, in itself, is strikingly similar to our normal year, with a difference of about 20 minutes.

But, before people could start measuring the sky, observing the stars, the sun and the moon was done mostly through the naked eye, and the lunar calendar was thusly made.

Most countries today use the Gregorian calendar: a Christian calendar that makes revisions to the earlier Julian calendar the Romans used (which is why some of the names for the months, like January, have roots in Greco-Roman religion – January is named for Janus) – but there are countries and religions that still use the lunar year for festivities and religious purposes.

Saudi Arabia is a special case – over there, the classical Islamic calendar, which is purely lunar, is still in official use. This means that they’re off by about 11 or 12 days most of the time, but jump back into sync with other calendars measuring in solar years in an interval of 33 years.

Who used the Lunar Calendar?

A pure lunar calendar has only really been used in Islam – however, many pre-Gregorian civilizations used lunisolar calendars, which took into account not only the moon, but also the seasons, and the star constellations throughout the year – as a consequence they have to count an extra day here and there to make the math work. Lunisolar calendars are most popular in South Asia and the Middle East – the Hebrews, Hindus, Buddhists and Tibetans all use lunisolar calendars.

The Chinese have a pretty famous lunisolar calendar, as well – ever heard of the year of the dog/rat/dragon/ox? Chinese New Year in the Han calendar, named for the dynasty (ruling family) of its founding, begins on the second dark moon after the winter solstice (the shortest day of the year), and usually means Chinese firecrackers and colorful paper dragons.

In Europe, two prominent ancient calendars were those used by the nordic Germanics, and those used by the Greek, whose calendars eventually morphed into our modern calendar through various revisions. The Germanic peoples are to be given credit for a lot of our English etymology when it comes to telling time: night, month, and year originate in the cold north of Europe, before the Romans conquered the Germanic people, and reformed their calendar and time systems (introducing, among other things, the week). 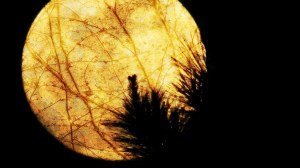 These Hellenic calendars usually began in Autumn and Winter, and interestingly, despite the lack of a uniform calendar system, most Greek people in the time of Homer and his Iliad were familiar with the general passage of time divided into 12 months. Naming systems were rather sporadic (all over the place), as well – some cultures decided to name their months, others simply enumerated them.

All this chaos and indecision in the passage of the year clearly irritated someone – that someone was Julius Ceasar, one of the more prominent Roman emperors, when he founded the Julian calendar. In his honor, one of the months, Quintilis, was renamed Iulius – or, as we know it today, July.

Finally, a few hundred years later, his was replaced by the modern-day Gregorian calendar. You see, some people back in 1582 noticed that Julius’ calendar was 0.002% off in making a pretty good measure of a solar year. That, clearly, was irritating as well. Thus, a change was made that resulted in the way leap years work – every four years, we add a day to February to make up for the remaining inconsistency in regards to a solar year, changing the amount of days in a year from 365.25 to 365.2425 – and that, is how long a year is in most of the world today.

Fun fact: The Germanic people, prior to the Romans, believed that the day began at sunset. That must have been an interesting perspective!

We hope you enjoyed this post on the lunar calendar and found it informative!

The Chinese Calendar and its History

How does a Sundial work?